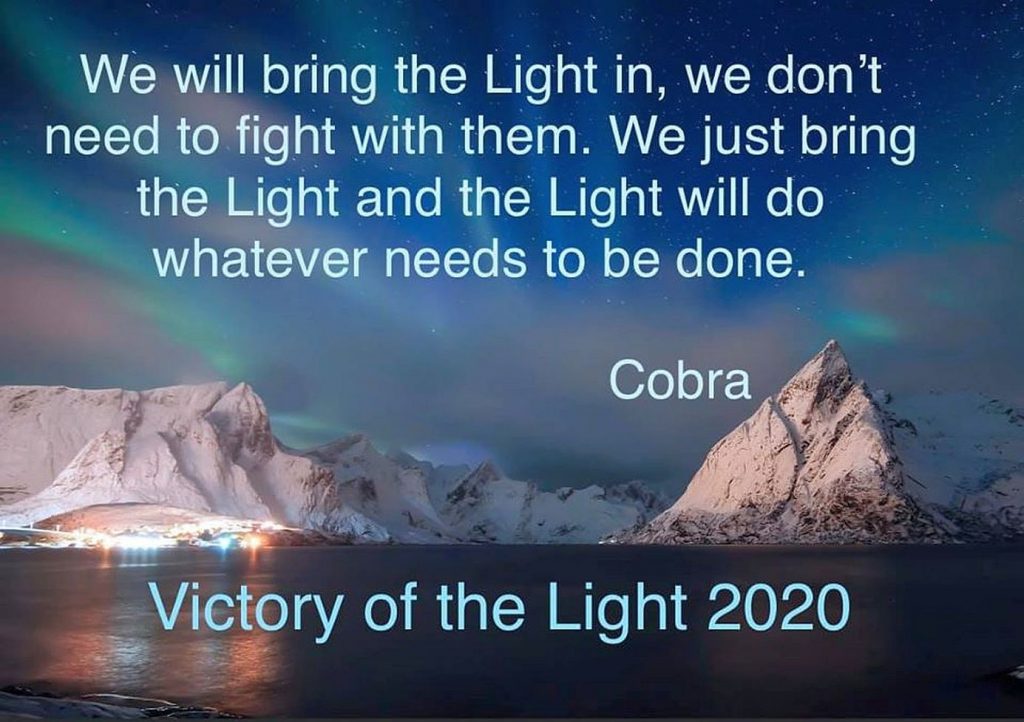 After the pandemic plan did not have the desired effect, the Dark Forces have stepped up their efforts to increase End Time madness.
The Jesuits, Knights of Malta and Knights of Columbus are now polarizing political left and political right in the United States to engineer the civil war. The protests which erupted last week have been deeply infiltrated and manipulated:


To de-escalate the situation, what is needed now is to hold the planet in the Light, as Kauilapele has said in his newly re-established blog:


Light Forces have asked as many people as possible to meditate every 4 hours for peace in the United States:


As we are approaching the Eris-Pluto square on June 14th, tensions and potential for violence will increase for the next two weeks in the United States and worldwide. Dark Forces might attempt to use this astrological configuration, and the newly starting new solar cycle to drastically escalate the situation in the USA and to try to engineer a war between China and India, Hong Kong or Taiwan, or any other major conflict:


According to Dragon and Resistance sources, the Cabal has a plan to flee from the USA to China and hide there after the civil war in the USA, in a similar move to what happened with Nazis in Operation Paperclip after World War 2. Dragon sources are stating that this plan and the dark infiltration on the Chinese side is being dismantled right now by the positive Dragon elements and positive faction within the Chinese military.
Another Dragon source has communicated that if China tries to attack Taiwan, they will release ALL secret documentation about what the Chinese army is doing in Lop Nor, including the extraterrestrial and Secret Space Program aspect, through the mainstream Chinese media.
This Dragon source has also pointed to the following cryptic message:


The Light Forces are asking that as many people as possible meditate for the world peace at the exact moment of Eris Pluto square on June 14th:


On a more positive note, Space X has managed to get two astronauts to the International Space Station as the first public human spaceflight from American soil in the last nine years, which has long-lasting positive consequences of breaking the Veil and will contribute to breaking the quarantine status of planet Earth, as a new cycle of space human spaceflight has begun:


Elon Musk is in essence a positive being who has been subjected to Illuminati trauma-based programming and now wants to break free, as you can see in his sometimes unusual tweets.
The victory of the Light!
Source: 2012portal.blogspot.com

Worldwide Shakeup By Teri Wade Posted on January 26, 2023 What we are all about to go through is going to be very painful. We are being prep...